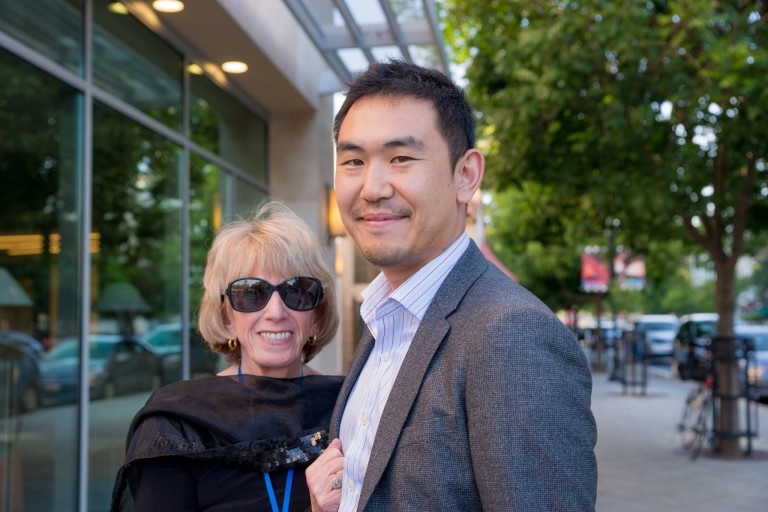 I’ve had the opportunity to get to know Leonard Kim, my business partner at InfluenceTree, over the last year. In this brief time, I’ve watched his social media accounts go from 50,000 followers to over 300,000 and read his features in huge publications like Forbes, Inc., Huffington Post, and many other places—all of which are naming Leonard one of the top marketing influencers and personal branding experts out there.

Leonard sat down with me and taught me all the things I needed to know to go out and market myself in the digital world. I always wondered what it was that really separated Leonard from the rest of the pack. How was he able to grow his audience so big, so fast?

I asked Leonard, “What is it that people are doing wrong?”

During our discussion, he shared the main things you should not do. Naturally, I felt compelled to share. If you find that you identify with any of the qualities below, it might explain why you are not moving ahead as fast as you would like.

According to Leonard, these are the 11 reasons why people don’t like you:

There are people out there who only look out for themselves—people can sense that. When you’re all about yourself, people will avoid you. There’s a fine line between motivation and selfishness. You can be motivated to be successful, but you don’t have to be selfish in the process.

People want to tell their own stories. If you’re not listening to what the other person has to say, they won’t want to hear what you have to say either. Give people the time of day, and actually listen to what they’re saying. When you don’t listen to people, you can’t find out what they already know and what interests them. Leonard is a good listener and he attributes a lot of his success to this simple task.

3. You Start with Self Promoting

Have you ever met someone who jumped right into their sales pitch?

“Oh hi, my name is Johnny Talks and I’m the author of How to Lose Friends and Offend People, I have my book here, would you like me to sign it for you?”  And you’re like, “Oh, who is this guy? I’ve just met him and he’s already selling me!” The result of too much self-promotion is actually the opposite of your intentions—rather than becoming interested in your projects, people won’t want to talk to you at all.

4. You Skip the Small Talk

Every conversation is built from a small talk foundation. Like, “How is the weather?” Or, “How is your day going?” You want to get to know people, and the best way to do that is to build a bond and/or connection early on. You have to start from somewhere. When you skip the small talk and get straight into the details of the business, people think, “Whoa, what did you just hit me with?” Don’t skip everything that could create affinity between you and the other person. Build comfort and familiarity by starting with small talk, and get to know people before anything else.

5. You Ask for Favors

When you ask for favors the first time you meet someone, they might be inclined to do them because you’re putting them on the spot. However, when you start talking to more successful people, that approach won’t work. They have a lot to do, and they don’t know who you are. Let’s say I said, “Jackie, can you interview me for this?” and I just met Jackie for the first time. Jackie is going to say, “Who in the world are you? I don’t know you.” She’s thinking, “We didn’t build a connection yet. Screw that.” Period.

6. You Never Give Anything

Now, here’s the thing—a lot of people like to take, take, take. Guess who else takes, takes, takes? The Grinch. And when the Grinch comes, guess what you get for Christmas? Nothing. When you start off a relationship and don’t add value to it, you are starting off without building a foundation. Your structure is going to crumble, and the person is not going to deal with you anymore. Sure, your relationship may last for a week or two, but it will falter, get weaker and eventually collapse. Then you’ll be ignored and never hear from them again.

7. You Only Talk to People When You Need Something

Have you ever had a friend that you have not heard from for a while, and they just happen to  call you when their car breaks down or when they have over drafted their bank account?  These are the same friends that you see on social media partying with people, yet you were never invited. These are the people who only call you when they need something. They know that they can use you, and get something out of you. If you’re like that, guess what? No one is going to want to deal with you. You’re only calling them when you’re in the midst of some really bad times, and never during your good times. Once people figure this out, your reputation goes down the gutter.

Have you ever walked up to someone and soon realized that they have a cocky, arrogant vibe about them? Did you want to get to know them more? Did you feel that they were intimidating? Well, guess what. If someone is intimidating, you can’t get close to them and you can’t get to know them. If you’re arrogant, no one wants to know who you are, because they’re thinking, “This person is just going to toot their own horn, talk about all the great things they’ve done, and will never take a moment to get to know me.” Don’t be arrogant.

Leonard: “Ryan, I’m taking over this article right now.” See how intimidating that is?

When you overtake a conversation, people think, “What’s going on, who are you, where did you come from? Why are you leading this conversation?” When you’re out there taking over conversations, you’re discounting everyone else. When you discount everyone else, they hold grudges against you. Some people think Leonard is just a quiet guy, but after getting to know him, a lot of what he is doing is listening to you with intent to make sure that he understands who he is talking with. This makes him a very effective communicator, even if he’s not saying much.

Have you ever seen the rapper 2 Chainz? He has two chains around his neck. He’s bragging all the time. He’s just walking around, just being like, “Look, I don’t just have one chain, I have two chains.” If you are someone who brags all the time, guess what. When are you ever going to talk about the good things others are doing? People will stop listening to you if all you talk about are your accomplishments. I’ve known Leonard for a while now and I realize that whenever he introduces himself, he always acts like a normal person. No one knows his accomplishments in that moment, but when they look him up, they’re like, “Wow, I’m so impressed.”

11. You Only Care About Your End Goal

We all have end goals. I want to become a renowned international speaker that travels the world, helping people find and share their own voices. Leonard wants to help others learn the art of the personal brand. Have you ever met those solely focused on their end goal? They’ll tear down whatever it takes to get there. Lie, cheat, manipulate, steal, whatever it is. The next thing you know, they may or may not end up with the end goal, but they’ve ruined every single relationship along the way. They become known as this criminal, this scumbag, this whatever. They’re at the top, but they’re absolutely miserable, they have no friends, and they cry at night all alone in their bed because no one wants anything to do with them.

How to Win People Over

Now that you know what not to do, let’s discuss what you should do to win people over.

The first thing to do is to be humble. When you’re humble, people approach you and want to talk to you and ask you more questions. They are genuinely more interested in what you have to say.

Being humble is going out there and being yourself, talking about your real life experiences and how you overcame your struggles.

The next thing is to be honest. You can’t go out there and be humble unless you’re honest, too. By telling your stories in an honest way, you’ll be able to relate and connect to people. If the only stories you have are of fame, fortune, success, and inspiration, you won’t relate to everyone you talk to. In fact, you’ll only relate to those who are already rich and successful, but more often than not, people may not feel that way about themselves and will be turned away by your words.

Based on his Twitter direct messages, Leonard gets an average of 200-300 messages a day. And within those messages, there’s a handful of publications and journalists who are trying to get Leonard’s attention to cover his expertise. Most of these people are reaching out and asking for help. If they would pay it forward instead, by going, “Hey, Leonard, what could I help you with,” chances are, they’d be able to get what they wanted.

Often times, Leonard is drawn to people who approach him, trying to understand how they can help him first. Whether or not he needs help, this approach is more effective in getting his attention.

Adam Fairhead of Fairhead Creative, embodies the pay-it-forward approach. When they initially met, Adam asked Leonard what his biggest struggle was, and at the time, Leonard needed help developing a funnel. This simple approach of offering to help first helped Adam get featured by Leonard. Adam’s ability to offer help first put him in good favors with Leonard and made him stand out.

I am excited to hear any other suggestions for what not to do as well as things to do to increase the chances of building better relationships. Let us know your thoughts in the comments section below!