Formerly of Milwaukee, Wisconsin and currently of Phoenix, Arizona, Deebo Lotti Maserati is a force to be reckoned with in independent Hip Hop. I was put on to his visual/single/NBA Finals anthem “Gorilla In The City” which is not only banger but also a record that showed me which side he was on during what was one of the better Finals series in recent memory (Giannis is a bad, bad man, but I also wanna see CP3 bring one home…tangent king).

Deebo is more than another artist in a saturated landscape though, he’s also a businessman, and the CEO of Every Stack Counts Entertainment. You cannot win with regards to independent Hip-Hop today if you don’t have a grasp on the business or an efficient team behind you.

You have to have dope music, be resourceful, efficient, strategic, and much more. Pairing the aforementioned quality with music that is certainly doper than most, definitely makes Deebo Lotti Maserati an artist to watch now and for the foreseeable future. 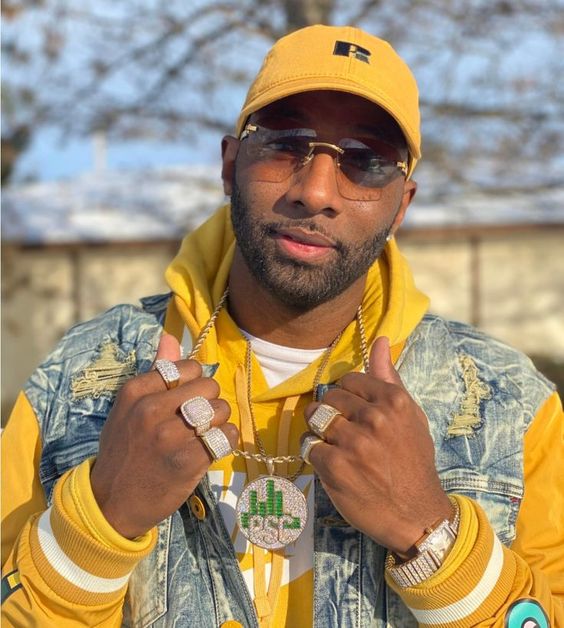 As far as the record/music video I’ve already mentioned goes, “Gorilla In The City” had Marcellas at the helm as a director. The chorus is catchy as hell and Deebo definitely brings a certain edge and raspiness that make him sound more than formidable. The song features Skinny T who offers a dope contrast to Deebo’s sound, helping to keep things exciting throughout while keeping your ears guessing and anticipating more.

The Suns’ Gorilla is also one of my favorite mascots in the NBA, so I really enjoyed his presence in the video. Obviously, at the end of the day, the Bucks wound up taking the series but gorillas gonna gorilla regardless. I would love to see CP3 get one next year if my Bulls don’t (We are all allowed to dream, right?). At the end of the day, I could definitely see this joint/video catching fire after a championship parade in Phoenix.

Deebo Lotti Maserati’s influences with regards to midwest and west coast Hip Hop very much permeate his catalog. He’s locked in and has honed said influences for a considerable amount of time. Couple his nose to the grindstone work ethic and legitimate artistic chops with the fact that he has a serious resume in terms of collaborations, and you have some very real momentum.

As we speak, Deebo Lotti Maserati is putting hours on hours in to knock out his next album “Gas Forever” which continues to build on the series he’s best known for. I really rock with his vocal inflection, ability to put a dope hook together, and the fact that he makes appropriate beat and feature selections which is truly a skill in itself. I also actually believe him when he raps hahah, which will always matter quite a bit.

A lot of these fools sound like they’re telling tall tales and don’t even believe what they’re saying, but that is not the case here. He said in a recent interview with Medium that he gets a lot of Money Bag Yo comparisons, but in my estimation, he very much just sounds like himself which is refreshing because this is such a copycat industry. Most of the artists I respect the most really wear their influences well, and Deebo very much does. Originality, vision, and a willingness to grind will take you far in this game without question.

Deebo Lotti Maserati just needs to keep his foot on the “Gas”. I am truly excited to see what Deebo does from here on that and will continue to support it however I can, whether it’s his career as a rapper or as CEO of Every Stack Counts Entertainment. This is someone that I encourage you to get on board with now, so at least you can say you did before he pops on a mainstream level. Definitely give a look, listen, follow etc. at all of the links I’ve provided below: