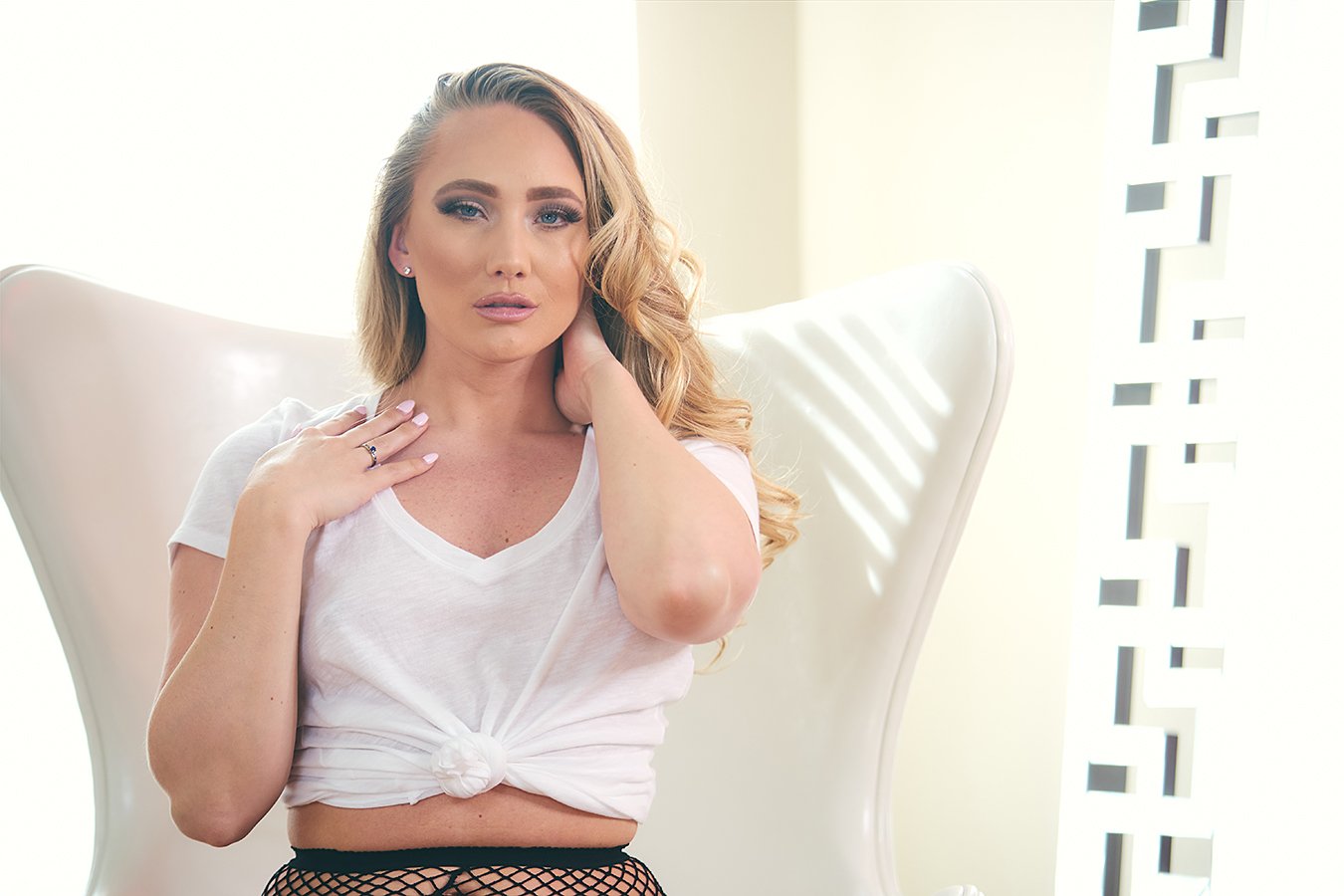 AJ Applegate was well acquainted with the dos and don’ts of the industry from a young age. “I started watching porn at a very young age. I always felt like I grew up in a bubble. I would look up to these women and think they’re so lucky to get to express their sexuality in such a glamorous way. Joining the adult film industry was always at the back of my mind. When I finally had the chance, I jumped right in,” said AJ Applegate when asked about the time when she felt that she was cut out for the adult industry.

Since she was not too interested in core academics, AJ Applegate took up dance and entrepreneurship in college, which added brownie points to turn her from just a performer to an entrepreneur directing films and owning her website. AJ Applegate even owns a merchandise line and has plans to expand her business in the current and forthcoming years. With her popularity, innate understanding about merchandise for both sexes, and her social media fan following, AJ Applegate has been quite successful in her merchandise line of business, one that she runs with a partner who has been in the clothing business for several decades.

Though AJ Applegate faced initial hiccups when she started in the adult industry as a performer, she never gave up. “When I first entered the adult industry, a lot of companies wouldn’t shoot me because they thought I was ‘too thick.’ I loved this business and the confidence it gave me, so I kept pushing through. I started working out very hard, so I could prove that my body type would sell. The directors at Evil Angel finally gave me that break I was yearning for. I became popular very fast and was noticed for my hourglass figure after that,” mentions AJ Applegate when asked about her journey to success.

Days of Growing Up

AJ Applegate was born in the beautiful Long Island in New York. At a very young age, she was interested in dance and music and knew that her passion lay in making a name for herself in the entertainment industry. She started her career as a cheerleader for professional sports teams for a few years before entering the world of strip clubs and nude modeling.

At present, AJ Applegate wants to explore different markets for her merchandise line of business and is giving 110% of her time and effort to scale it. She believes in taking full control of her destiny and charge of her life to emerge stronger and more accomplished than ever before. Being a mother, she is also enthusiastically devoting her time bringing up her little one.

AJ Applegate believes that enjoying the task in hand is more important than doing it just for the sake of monetary benefits. This brings her a feeling of joy and makes her more confident every passing day.