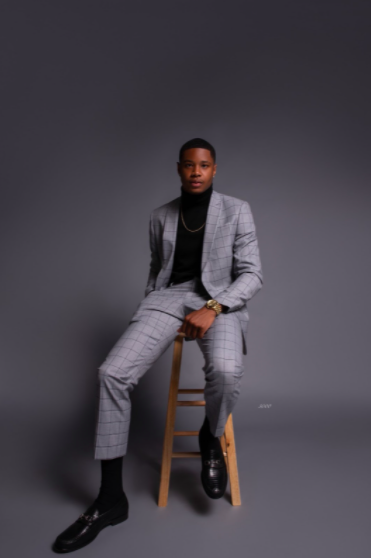 Born and raised in High Point, North Carolina, 20 year old entrepreneur Brycen Thomas is making a name for himself in many different fields. Currently enrolled at the United States Naval Academy, a top 10 academic school nationwide, Brycen is part of the division one football program where he plays against other top schools in the American Athletic Conference.

Brycen balances his academics with football, all while preparing to serve the nation in the military – and now he also serves the masses, providing crucial knowledge on financial literacy through his very own business ventures. Today, Brycen helps aspiring entrepreneurs across the globe reach their highest potential and continues to make his income by making his impact on the world.

As a high calibre athlete preparing to serve the nation, Brycen’s dedication and work ethic is unmatched – only a real turn of events could take Brycen away from the goals he had set for himself. That turn happened in the senior year of high school midway through the football season in the form of a torn ACL, putting Brycen’s football career on hold but also marking the beginning of a new venture that introduced Brycen to the world of entrepreneurship.

At that time, his brother Earl Stevens shared with him the business model of network marketing, which would allow Brycen to create his own business focused on investing and creating leaders in entrepreneurship, during his time in rehab from his injury. Brycen went all in with this new idea, and has now built a successful business from the ground up, called Packrunna Investment Group LLC.

When discussing the concept behind his business Brycen says:

“We enrich, impact and educate people on investments and financial literacy. We have people coming from all different backgrounds and walks of life, and give them the opportunity to learn a completely new skill set of trading in the foreign exchange market. We go through stages of development from basic to intermediate to advanced, all with the end goal of becoming financially independent through trading and creating your own business as a digital entrepreneur.”

To date, Packrunna Investment Group LLC consists of over 100 individuals and counting, who under Brycen’s mentorship are learning skills in leadership and investing while gaining valuable insights into the mechanics behind starting their own businesses. As a qualified leader having grown his own team while learning the ins and outs of retention, sales and marketing, Brycen ensures that everyone in Packrunna Investment Group LLC is given the tools and resources they need to succeed.

Brycen’s motivation to constantly stay in a phase of growth in all aspects of his life, comes from his family and his experiences during his upbringing in a rough neighbourhood, where he says despite the challenging situation, he always had big goals that kept him focused and on the straight and narrow.

“In the part of town I grew up in, there was a lot of violence and not too much to look forward to in life. Growing up, I just wanted to make something out of myself, which is why I turned to football in the naval academy. Transfering in my sophomore year to a private school where I was one of the only African American individuals there was tough, getting accustomed to the environment that I wasn’t used to. I remained focused on what I really wanted to do, which was make a name for myself to better my situation, not only for myself but for my family, and for anyone else who thinks because of their circumstances they can’t make big things happen for themselves. I want to show people that anything is possible,” says Brycen.

As a student in the Naval Academy also undergoing vigorous training as a college athlete, all while growing a business, a structured schedule is crucial to Brycen’s continued balance between his academics and achieving his entrepreneurial and personal goals. He says his daily mantra upon waking up in the morning consists of three questions he asks himself: “How can I make money? How can I educate myself, and most importantly, how can I educate someone else?”

“Going to a prep school, being in my first year of college as an athlete while maintaining my business takes a lot of organization, time management and discipline. As a college athlete, you’re waking up at five o’clock in the morning and you might not be free until maybe five o’clock in the evening. So you literally have to manage your day from 5:00 AM to 5:00 PM. It’s really important to allocate your time and resources where they’re needed the most to ensure you’re not falling behind in any aspect.”

As a successful entrepreneur making his big goals into a reality, Brycen has established himself as a force to be reckoned with on the football field at the Naval Academy and in the entrepreneurial world. His best advice for aspiring entrepreneurs? Keep reading:

Know where you want to go. “If you have a set goal, you can always revert back to it when you get off track. Knowing what your end results should look like is going to allow you to stay focused every day, and create habits that align with the end product.”

Be grateful and faithful. “You have to realize that it’s not only your work, you have forces working with you in this journey. When you achieve each goal that you’re working towards, remember to take the time to appreciate the forces at work that helped you get there, give thanks before just moving on to the next goal. Have faith that you’ll get there when the time is right.”

Remember your why. “Get clear on your ‘why’, your motivation, and then remember it in tough times – this is why you started, and why you’re going to finish.”