Unlike most successful major artists at a young age given big corporate money and fame, Confetti Da Reala Soulja wasn’t so lucky. He didn’t have mega-famous people around him or family members who were plugged into the business.

This was the making of a long journey, especially not sacrificing his responsibilities as a father. Confetti Da Reala Soulja has two daughters and the first was born when he was only 17 years old. His daughters are some of his biggest supporters today.

Confetti Da Reala Soulja tried many different things along the way to success. He even got his Commercial Driving License (CDL) at 22 years old to drive trucks. He didn’t like the outlook of trucking in the beginning but driving trucks gave him access to many parts of the country. “It was inexpensive to travel and it was flexible so I was able to continue being an entertainer.” 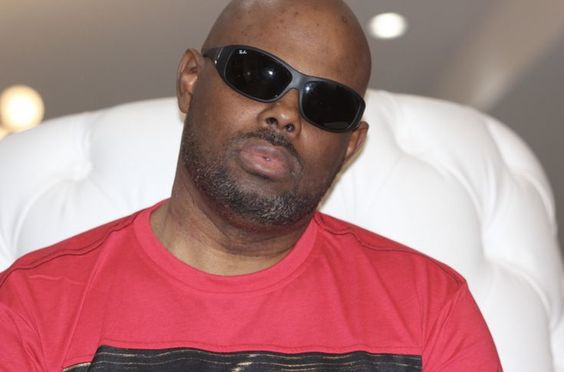 As a young music artist, Confetti Da Reala Soulja dabbled in the streets with many hustles, drove trucks, and did his music, but it divided him and he knew he had to let something go. As an artist, he remembered Tupac said “I get around” so he didn’t want to let the truck go, he decided to give up some of the street hustle.

The Dallas underground rap legend became a million-mile driver over the years and built his music network all over the country. He has ridden Greyhound over 300,000 miles, flew out of just about every major U.S. airport and some airports in Canada, along with riding trains all over the country to spread his music.

Although Confetti Da Reala Soulja lived in Dallas, TX he was a regular in Atlanta, GA, Washington, DC, Chicago, IL, and Houston, TX. With the music riding on the back of the truck, his music has traveled to just about every major city in the U.S. and a lot of major cities in Canada while spreading internationally on social media.

Confetti Da Reala Soulja has worn many hats, walked through many doors, and helped others to succeed just to come back to solidify his legacy as a great entertainer and performer right before he went blind. “I never envisioned this would be the way I would build and live my music dream.

I believed and imagined I would be pulling up in Benz’s, Rolls Royces, and limos, but this is how it played out.” He recalls getting stuck in downtown Atlanta, GA once. “I had to hitchhike with a dwarf-sized person that picked up pallets on route to B.O.B and Rich Boy’s video shoot.”

Big Ro called Slim of Cash Money at 2 a.m in the morning and told Confetti Da Reala Soulja he would tell Slim that he was the next greatest thing coming. “Big Ro asked me to give them a car for some music beats. My mind was completely boggled because the price was so high.”

Confetti Da Reala Soulja participated in music videos and has recorded, been interviewed, promoted, and performed nationwide in different areas of the country. Again the music on the back of the truck helped him reconnect with an old buddy Hollywood Director Mike Taylor.

Through his relationship with Hollywood Director Mike Taylor, he was able to sit down and have a few drinks and food with Kim Hardin who has been in Hollywood for thirty years working with many mainstream actors.

To travel like this, it would be super expensive for an artist trying to jump off his career and be able to meet people at this rate. It often takes years to build trust and relationships with people and sometimes longer. It doesn’t happen immediately in most cases.

Confetti Da Reala Soulja talks about meeting Baby Bash’s best friend who introduced him to Platinum Producer K-Lou Beats By The Pound. “I tried to renegotiate a music and recording purchase for cheaper than originally agreed upon. K-Lou wasn’t having it and stopped answering my phone calls. I learned a valuable lesson. Don’t play with K-Lou.”

Confetti Da Reala Soulja talked about some of the cool people he met traveling like the former Governor of Utah’s daughter who is an opera singer. “She talked about how she performed singing opera music in different countries. She furthered my interest in performing around the world”

Confetti Da Reala Soulja talked about his first time seeing Ice Cube in person at the Ritz-Carlton in Atlanta, GA when he went to see Chanda Cole, 50 Cent publicist. “It’s awkward when you’re only used to seeing people on TV and then you see them in person.”

One minute Confetti Da Reala Soulja can be in San Diego and the next minute he can be in Manchester, NH. “I participated in music events as if I had a major deal with a record label, but it was not the case.”

When asked how he was able to manage it all between transporting trucks and his music career. “I had to balance it and make sure everybody was happy so I could continue to build and live my music dream.”

Over the years, Confetti Da Reala Soulja has built and maintained a music network of relationships. Business relationships are vital to him to continue to grow, like relationships with Rickey Smiley’s former social media liaison Troy Nalls.

We asked Confetti Da Reala Soulja what were some of the other challenges he faced along the way of his music journey. “Diabetes and blindness along with needing money, time, and a forever changing music industry I had to learn.”

Confetti Da Reala Soulja says today he’s focused on having a real supporting fan base and making music his fans love and can jam to. He recalls the haters saying it was all a dream and said he wouldn’t make it that far. So now he’s focused on continuing to live and build his dreams bigger. “I thank God for letting me live my dream and continue to be the best and greatest entertainer and performer I can be.”

We asked Confetti Da Reala Soulja, don’t you think the price was too high to pay versus the outcome. “It’s not for the ones who don’t have to pay. The price is for the ones that need to know how to pay the price with poor knowledge, wisdom, and resources.”

We asked Confetti Da Reala Soulja how much money he thinks he can make in the future of music today. “I can still see billions of dollars that can be made. It’s not going to be easy, but it’s out there if you want to make it.”