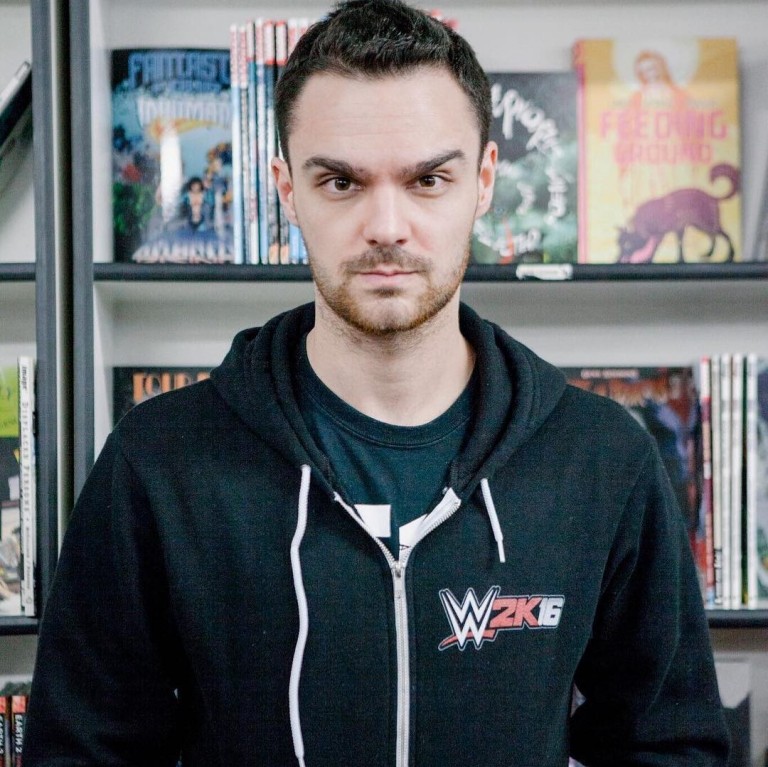 The notion of following passions can seem a bit cheesy and childish to most people. For a lot of us, it’s an overwrought cliché that can be a pretty daunting task to pursue, especially when our greatest desires require us to face huge obstacles—especially ones created by self-imposed expectations and dependencies. It can often seem impossible to expect to enjoy a life fueled by dreams.

Jamie Iovine is a form music producer who has worn many hats. He got his start as a DJ and made a point to never close any doors. As a result, he has carved out a name for himself in both the music industry and in the world of wrestling.

Like many of us, he started off as a wishful thinker. Initially, Iovine played it safe and set out to pursue an education at the University of Arizona. However, at age 18, he was diagnosed with Non-Hodgkin’s Lymphoma. Faced with a trial that made him contemplate life’s courses, Iovine chose to see his diagnosis as an opportunity to live life on his own terms. After beating cancer, he left college, packed his bags and set out to pursue his passions in order to live a life without restrictions.

Though Iovine’s successes didn’t come without obstacles, his determination to pursue them without restrictions awarded him a life even greater than the dreams he’d initially had for himself. It was quite a rewarding gamble that none too many of us are willing to make, but choosing to bridge solutions over obstacles can mean the difference between looking back at quashed dreams and thriving in a life worth living.

Powering through hard times and charging ahead despite them to a success can seem impossible, but utilize these core pieces of advice and you can turn a horrible experience into a cornerstone of your success.

Pick Your Greatest Passions and Run with Them

If everyone had an outline for their vision when they first started, they wouldn’t have much time for the unanticipated adventures that make life so thrilling. No one has a map to success. The best they can do is contemplate their options and hope they go with the best one.

For Iovine, that meant following an outlook that realized no failure short of death is permanent, and no goal insurmountable. Conquering cancer helped him adopt what he describes as his “f**k it, what’s the worst that can happen” mantra. Having always had an interest in entertainment and DJing, he invested in the proper tools to help him pursue his passion. Over time, he developed the skills that granted him the opportunity to share stages with the likes of Steve Aoki and Avicii.

Be Okay with Failing

Turns out, the number of entrepreneurs who find success are fewer and farther between than most of us would like to believe. Had Iovine ceased to endure throughout all of the mishaps and rejections that came his way, he’d likely have a career that looks very different.

Your first step in following your passions starts with recognizing that failures happen. Anyone who tells you that failure isn’t an option is destined for lots of it. Failures happen— it’s the actions you take after they happen that can seal deals. Make peace with them, dust yourself off and keep charging.

Take a Fork in a Road and Make It a Roundabout

It’s hard coming to terms with the fact that our fantasies might not be as attractive or enticing when we see them up close. Deciding whether it’s worth it to push past the negatives can be the hardest part about finally obtaining our lifelong passions.

Throughout his long haul to success, Iovine made various career changes in order to chase a life that would bring him a sense of fulfillment. While his initial big picture looked like a career that set him on a stage in front of turntables, he eventually realized that the late nights, extensive tours and fervent parties that a DJ’s lifestyle required weren’t really for him.

While most would have felt pressure to trudge on, Iovine packed his bags and decided to move on. He didn’t count it as a failure or a nail in his career’s coffin— he took it as a lesson. Soon enough, self-reflection helped him realized that his interests in DJing stemmed from a true love for entertaining.

He re-aligned himself with an old childhood passion and eventually forged a path for himself in the world of wrestling. He found work with WWE and eventually obtained a position producing Monday Night Raw. What’s crazier than that, his ventures didn’t stop there. Iovine eventually left the wrestling world for a career in the comics industry. That’s right, after some negotiations, he became the managing partner and the CRO of Meltdown Comics.

Opening up to life’s possibilities and acting as if he had nothing to lose helped Iovine branch out into passions he’d only dreamed of as a kid. Remaining open and aware that he might know his exact calling led him to fulfill multiple big business opportunities and create a pretty big name for himself in multiple industries.