Music known no boundaries and that has been proved by many in the past who have enchanted all with their talent. Their music has reached distant shores and amassed a humongous fan following, making them a global star.

Some have that aura to pull in crowds with their music, which is so mesmerizing that its almost impossible to not take note and listen to it.

We have one such artist who has thrilled the audiences with his foremost single and is marching ahead to give his fans more, he is PopOffke, the latest entrant onto the music scene who with his recent single ‘Chasing Dreams’ has won over thousands of hearts and is now ready to drop his next shortly which will also turn out to be a big hit, for sure.

When asked about his latest single and what’s it all about, he says, “it’s about a relationship where the girl mentioned in the song is playing games by talking to other guys.”

The rap sensation has been amassing a lot of appreciation for his style of music, which is unique and has its own distinct flavour. His trademark style is his USP, which has got him into the limelight within a short period of time, owing to his spectacular music and talent.

PopOffke hails from Sacramento, California, and has taken over the rap arena big time. Along with being a rapper, he also has deep interests in composing music, and his music skills have been noticed widely since his official debut in 2020.

No doubt his fan following has been growing with each passing day and has a number of followers amounting to 36,000 on Instagram and more than 10,000 listeners on Spotify who have turned out to be his biggest fans looking at the hysteria he has created through his tunes.

He was drawn towards rhythms and melodies as a child and has been playing various instruments since the age of three, which was followed by singing. Years later this passion of his turned more serious, culminating into a full-fledged profession.

Though a lot of artists have inspired him, he feels that he has his style of his own which has been drawing crowds towards it. When asked how does it feel to taste success in such short time, he says, “I don’t believe I have reached optimum levels of success as there’s lot in store for me and a lot needs to be achieved before I can finally term it as success.

There’s still a long way to go, and I feel my journey has just started.” Rhett Lindsey is Focused to Combat Bias in the Hiring Game. 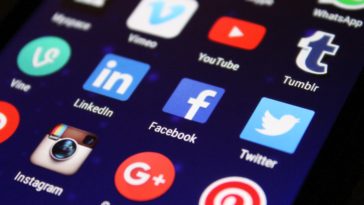