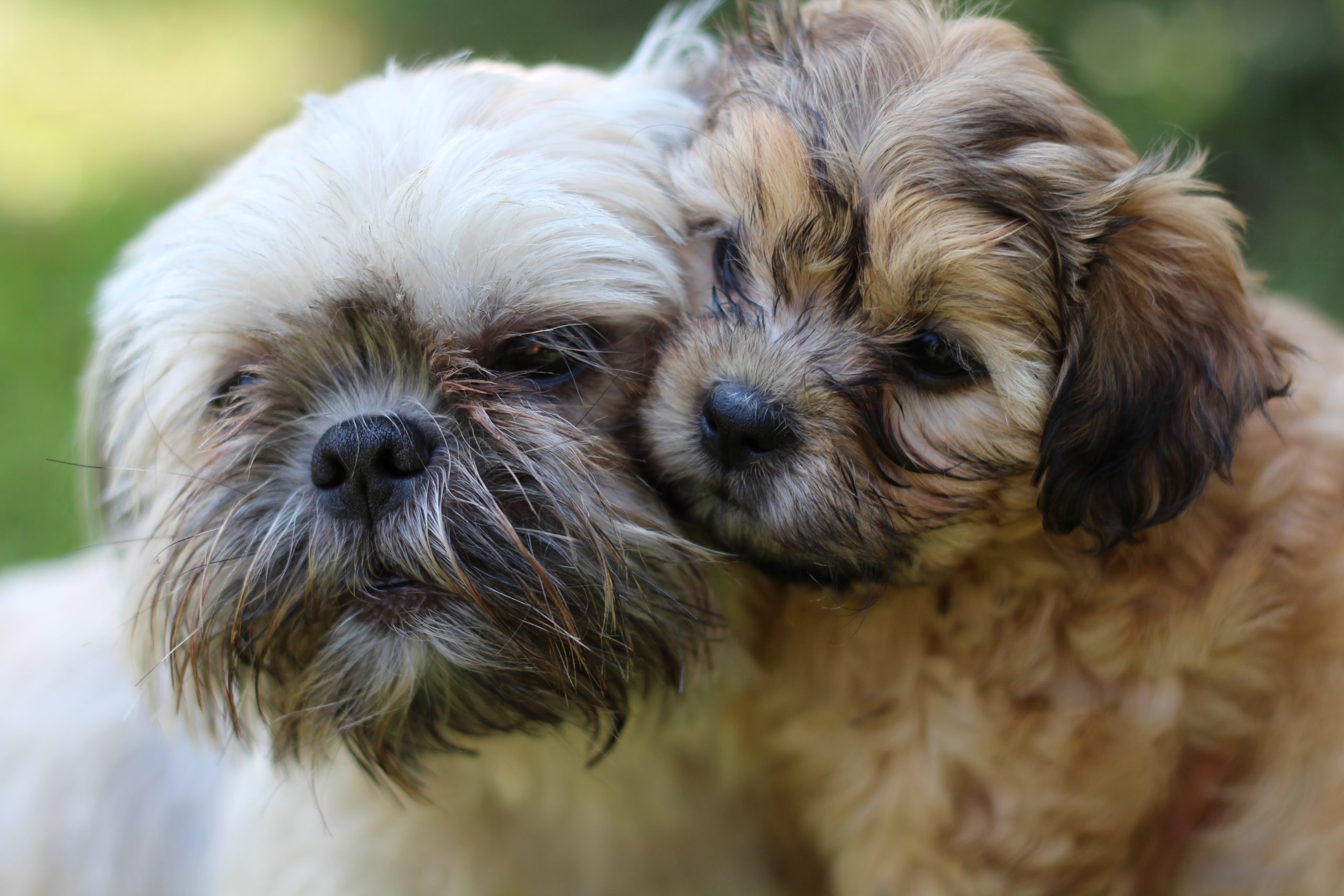 If you want a family dog, a very delightful and spry companion, then Shichon is your choice. There are so many positive points to this dog that you can begin to count. They are quite resolute and can adapt to any environment easily unless it’s not too extreme.

Shichons are one of the most adorable and loyal dogs you can find. They are quite resourceful fellows; being intelligent and small lends them to being favourites among many dog lovers.

They are a smaller breed of dogs that often is popular with children and ladies more often than not. Especially their calm and cool demeanour leads to their credibility and popularity.

The Shichon is a designer dog whose parents are the Bichon Frise and Shih-Tzu. Although it is not recognized by American Kennel Club (AKC), it still is an immensely sought-after dog.

The Shichon is “hypoallergenic” by many people’s standards and sheds quite a bit less for a fluffy little animal like this.

It is quite portable and is capable of being carried in a handbag elegantly. Finding it hard to resist passing out of having this dog as a new family member for many.

The Shichon is a product of the designer dog popularity blast, which started back in the ’90s. Its parent breeds are the purebreds Shih-Tzu and the Bichon Frise. Both are noble lines of well-loved dogs from both easter and western royalties of the world. Thus, making the Shichon a princess dog of sorts.

The general idea was to make a superior dog with the best of both parent’s genes. And fascinatingly, it did work, but with a small caveat.

The subsequent generations of Shichons will deviate from the main gene selection of the original breeders intent. Which means the dogs won’t behave expectedly in the future.

So it’s best to have a single dog without the ability for it to breed. Unless you would like to risk having a very different tempered Shichon. Then again, there is a huge debate about what percentage a puppy will resemble its parents.

But ultimately, that does not matter as long as you love and care for the dog. It will eventually grow into a good-behaving dog with patience and positive reinforcement.

The Shichon is a toy dog breed, specifically the teddy bear toy breed of dogs. It is quite tiny, getting as tall as 8 to 12 inches in length. They weigh just as little, with 15 pounds being the highest weight on average.

This dog has fur that is very similar to a teddy bear’s fur. It’s stuffy, very curly, and holding it feels amazing. These dogs usually come in apricot, black, white, cream, grey, tan, reddish-black, and brown.

They also tend to decolourize or have their colours saturate as they grow older. Meaning you cant expect them to look as healthy coloured. However, this applies to any dog breed or people in general.

Shichons are inherently smart dogs. They are bright and can communicate with their owners well with a bit of fitness.

They have a lot of pride in them and can get quite a bit rude if they are forced to do anything they don’t want. But, for little fellows, they sure do have a big ego.

The Shichons have a cheerful personality and will often play around you and tug your clothes if they get too skittish. Barking from joy and being very loud at times. This dog is a perfect fit for families and children alike.

If you stay away from home most of the day, it can be detrimental to the. The parent breeds of this dog have been known to be close companion dogs. As such, their need to be near their human counterparts Or else separation anxiety can be a huge problem for these animals.

Because of this, these dogs will most likely resort to destructive behaviour, like chewing any plastic or textured object around them. Pulling out the fillings from the pillows or couch. Pushing stuff on the ground and break anything they can.

The immediate solution to this is to find them chew toys that they can gnaw and use roughly. But for a more efficient and long-term solution, you will need to spend time with them more often. And getting them a companion or two will keep them from behaving in such a manner.

They are loyal and listen to commands well. But the problem is when they are around infants, these dogs might not understand the difference between rough play and normal playing. So it’s best to monitor them around infants and very frail individuals. They don’t tend to be aggressive towards smaller animals unless they are provoked into action.

They have a harder time coping with larger dogs, which might tend to bully them. And smaller vehicles can be a hazard for these small creatures. Due to their jittery nature, many toy dogs tragically get ran over by bikes and cars.

Shichons are a toy dog breed, as such, they don’t have too much body mass to fat ratio. Meaning they lack the basic energy to do too much throughout the day.

Despite that, to keep them healthy, these dogs need to walk 50 minutes a day optimally. It can be done at home or outside preferably. To get more efficient results and to make it less tiresome for them, you can segment the walking time to 25 minutes twice a day.

This will help them cope with the workload and not tire them out completely. Also, the food they consume throughout the day will be used up properly that way. This also aids in keeping the dog from gaining unnecessary weight or shedding too much weight.

Playing with this dog is quite fun; it’s like a portable dog that you can take anywhere. That’s why you can play with them inside the house, considering there is nothing around to break, of course.

Training a Shichon is not as hard as one might think, at least not as tough as training a Chihuahua. They love to please their owners and get compliments; as such, getting them to follow orders is a problem.

They can be a bit reluctant to listen to your commands at first or fail to discern your wishes. But patience and perseverance can overcome all obstacles.

Teaching them to live in a small apartment is not a problem due to their size. But helping them to go out and do their business is another problem altogether.

They already have tiny bladders and are known to poop themselves if they can’t hold it in for long enough.

It will be a messy endeavour, as such be prepared to scoop and dump. A great way to deal with this is to train them in a litter box.  Here is a list of the most trainable dogs.

Grooming a Shichon is a bit tougher than other dogs. There are obvious pros and cons. The animal is delicate and needs to be handled by professionals. But its small frame and stature will give easy accessibility and less work done overall.

The insides of the ears are quite delicate and need small amounts of dog’s ear cleaning solution to start with. A tiny amount can be applied to clean in and around the ear flaps carefully.

All of these have to be done by a professional groomer for the best results. Grooming is a tad expensive for dogs like Sichon, but it comes as a price for owning a lavish dog like this.

Due to the popularity of the Schichons, this dog is found almost anywhere around the world. But it ends up being quite a bit of an expensive endeavour.

The more important factor is to avoid buying from unknown and unrequited dog breeders or sellers online. Especially unknown sellers who source their puppies from puppy mills in most cases.

The best method is to adopt one from an animal shelter. This gives a homeless dog a family, and you get to save up some money in the long run.

The Shichon is a marvel of modern ingenuity and a gift to humanity. It needs to be respected and cared for like any other dog.